Interviews with three women activists of RMFP-Gambana in Mali, by Lotte Pelckmans and Sophia Stille, December 2021 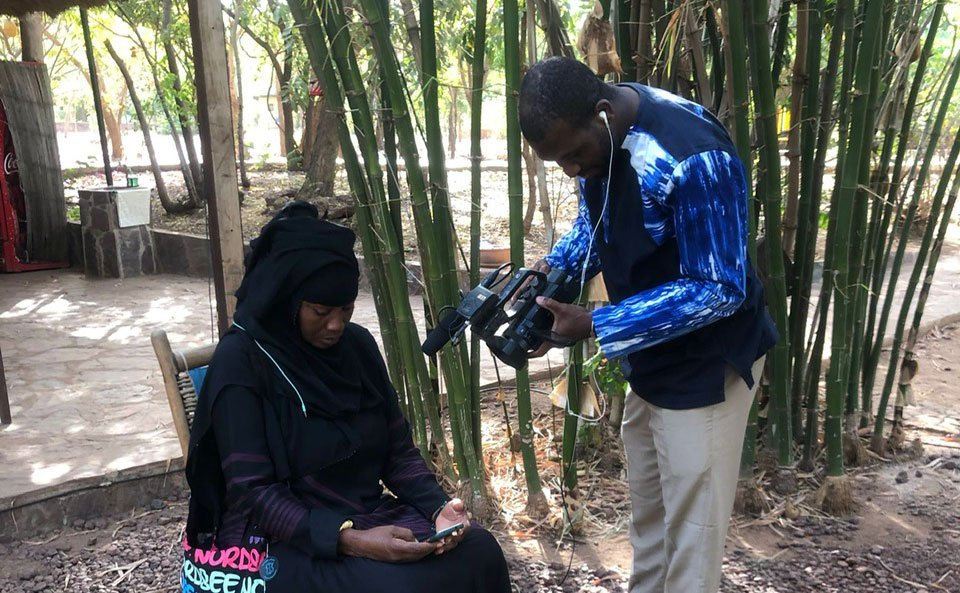 Finally having had the chance to go to Mali for the Point Sud Conference in the first week of December, Lotte Pelckmans and Sophia Stille seized the opportunity to conduct some fieldwork on women in the Malian branch of the Gambana movement, called RMFP-Gambana (in what follows we will use Gambana as a shortcut). We interviewed and filmed the women who are active in the movement in order to find out more about their role in Gambana and their personal experiences.

The three women, whom we will keep anonymous for the moment, were luckily available on a very short notice and agreed to meet us to talk about their activism in Gambana and how descent-based slavery has affected them and their families. The interviews were conducted with a male translator (our female translator unfortunately fell ill), as we both do not understand Soninke. Despite this limitation, and despite the time pressure, the interviews were nevertheless very insightful, as well as emotionally touching.

All three women are active in Gambana since several years and stated that as soon as they heard about the movement, they decided to join. While two of them (fictively called Oumou and Djeneba) are working mainly on awareness raising to share the work of Gambana activists on social media (mainly whatsapp) and spread the word, a third one -whom we will call Fatoumate here-, is the contact person for female victims in Mali, especially those in the Kayes region. Fatoumata is part of a WhatsApp group of female supporters of the Gambana cause. When she is informed about an incident, she gets in contact with the victim(s), provides assistance and refers them further within the Gambana network. Her role is important because women feel safe to contact her, being a woman as well, since women often find themselves in especially precarious situations, for example when it comes to sexual abuse. She herself had to flee from her home village in Kayes in 2020 due to aggressions made to her and her family, due to their so-called slave-descent. Since then, she and her family reside in a kind of unrecognized refugee camp in Bamako, most of the time without a job and without the possibility for her children to go to school.

All three women decided to support Gambana because they no longer want to accept any kind of discrimination based on the assumed status of their ancestors. They stated that they will continue to speak up, even though there are people violently opposing them. Oumou told us how she had to spend 1 month in prison because she was speaking up against descent-based slavery and promoting the work of Gambana. Ever since she left prison, she has only increased her activism. The women feel like the work of Gambana has already changed something in Mali, for example that it gets more and more accepted to talk about it and openly address the topic of descent-based slavery. Therefore, they see it as their lifegoal to stay committed to the cause.

Being able to speak personally with these women has been a very interesting experience, both for research purposes and as a more personal experience. It shows how the work of Gambana and also the SlaFMig project reaches people and actually brings about or at least inspires changes. At the same time, it also shows how precarious the life situations of many families are and how much work remains to be done. In any sense – we realized once again how personal conversations in real time and face to face are so much more fruitful and we highly appreciated being able to carry out some ‘real life’ fieldwork for the project. But mostly we want to thank the three women for their time and trust and inspiring work.