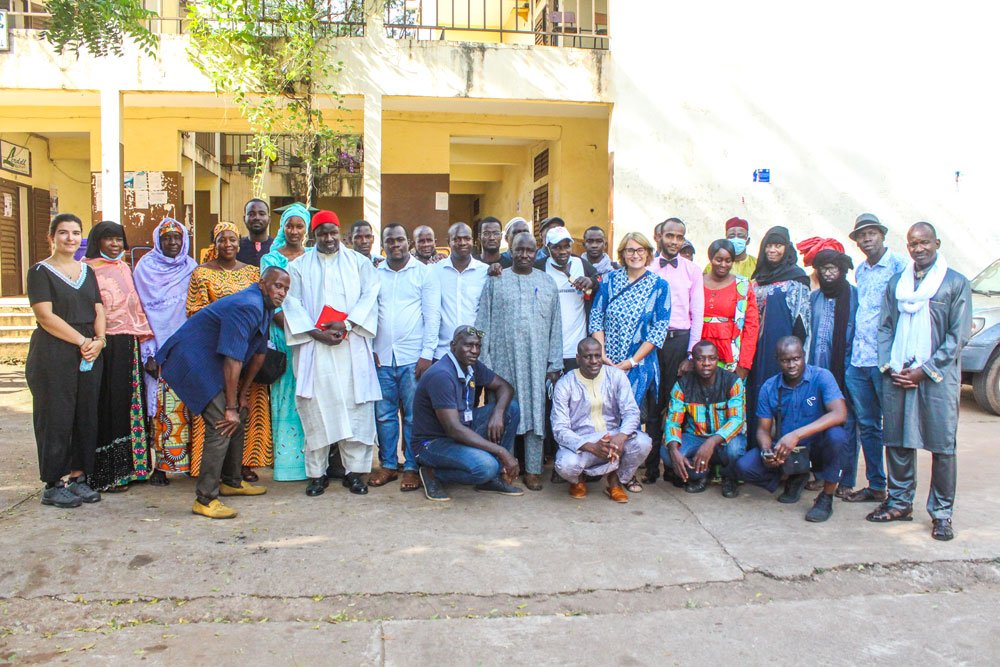 Here we are again with some fresh updates to read over the Winter holiday season, for those of you who have one.

We start with the main news and activities coming out of Mali. We are thrilled by the newly reinforced involvement of the minister of justice, Mahmadou Kassogué, in the fight against descent-based slavery: He called upon all judges and lawyers in Mali to make the fight against descent-based slavery a priority. To that end he sent out a communiqué to all attorneys general and judges. He also committed to finally pass a law criminalizing slavery. It seems to be only a matter of months now, depending of course on the political situation.

The Malian branch of the Gambana movement noted a tangible decrease in violence in the past few weeks, after this communiqué was dispatched. PhD student Fousseyni Diabaté wrote a short blog on these latest political developments, to which we are confident our project also contributed.

The highlight of October was our advocacy training workshop in Bamako with the West African civil society and the Gambana in particular as reported upon by Research associate Nolwenn Marconnet. Donkosira also wrapped up the second part of the theatre play tour against descent-based slavery with two performances in Kita and Mambiri.

Sophia and Lotte were also in Mali in December and met for the first time with the Donkosira team in person, on the occasion of the international Point Sud conference organized by Lotte Pelckmans and Paolo Gaibazzi, in collaboration with Issa Fofana at Point-Sud. While strictly speaking not part of the SlaFMig project, the conference did cover topics central to SlaFMig, namely slavery- migration and anti-slavery activism. Sophia reports on the conference.

On the research front, we give the floor to some of Lotte’s new interns and future research associates, who have done work for the project behind the scenes, these are Sophia Stille, Othilia Pedersen and Simona Stejlowska. Like their predecessors, they all describe what they focus on, what they are learning/have learned and taken away from the project for their master thesis and maybe even future careers. We express our deepfelt thanks to them.

The SlaFMig research and activities have also been highlighted in the national and international media with an article in Al Jazeera quoting Dr Marie Rodet and media reports on the theatre play tour in Mambiri and Kita.

We hope you all enjoy the read and that SlaFMig latest news bring a bit of sunshine to these cold winter days.

We look forward to hearing from you!

All our best regards,

In the name of the SlaFMig project team