The International Conference on Slavery in Africa in Yaoundé, April 2022 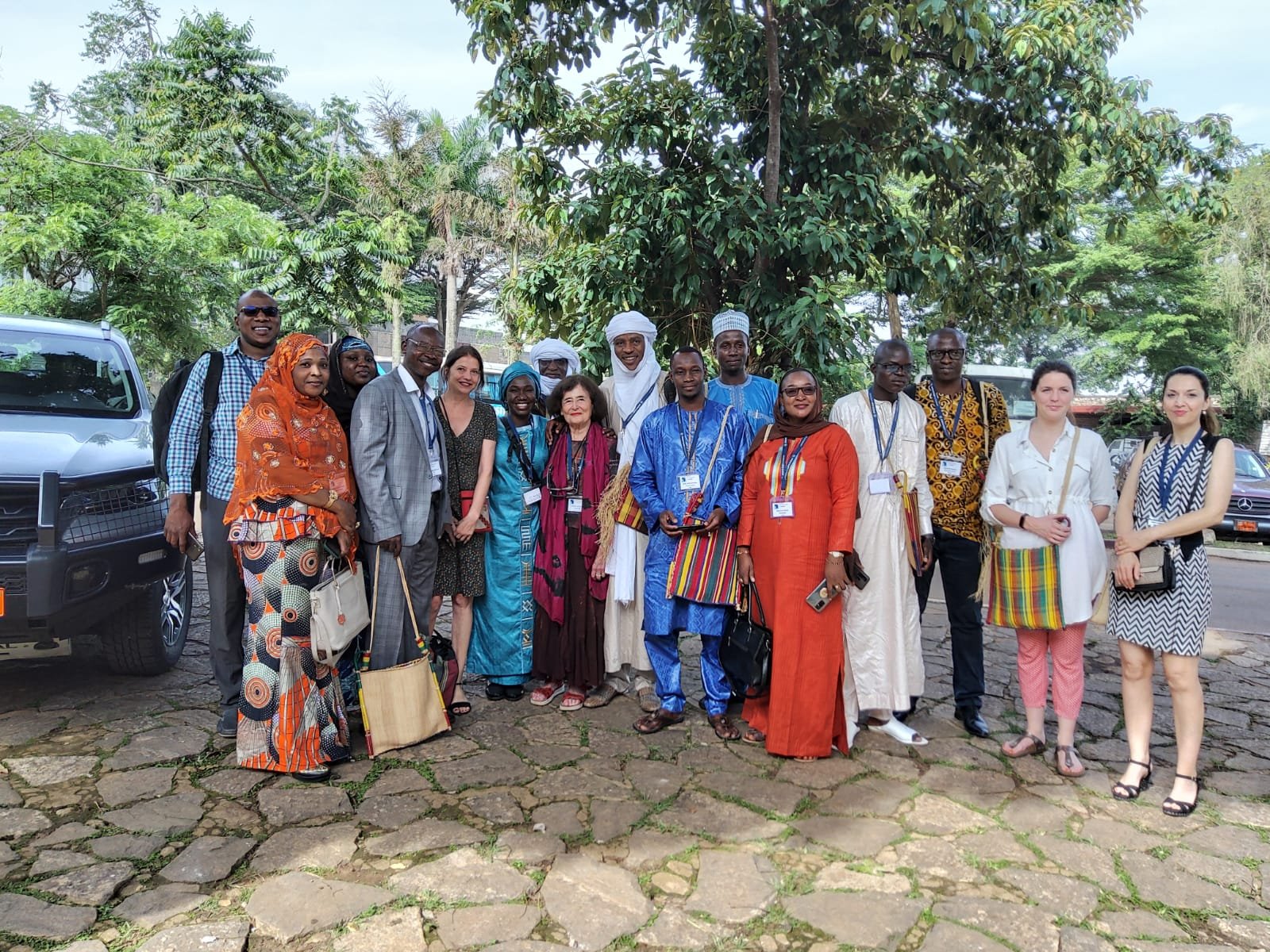 The international conference ‘Knowledge and Decompartmentalization’ about ‘Slavery in Africa’ was held at the University of Yaoundé (Cameroon) from April 19 to 21, 2022. Mamadou Sène Cissé and Mariam Coulibaly, secretary general and treasurer of the Donkosira association, were able to participate.

The aim of this meeting was to demonstrate the historical importance of slavery in Africa, its weight in contemporary social relations, through the collection and preservation of oral and written sources; and to contribute to the review of the most recent knowledge and significant scientific advances, in order to disseminate them in school and university courses and in civil society. In recent years, research on slavery in Africa has enjoyed a certain dynamism, with the publication of numerous reference works and reports, supported in part by international research programs.

During the conference, Professor Catherine Coquery-Vidrovitch presented a paper on the genesis of the African history of slavery. The second day began with a plenary roundtable discussion moderated by Giulia Bonacci (IRD/URMIS) with a discussion of the books Les mondes de l’esclavage, une histoire comparée (Benedetta), and Les esclavages en Afrique (Marie Pierre Ballarin and Klara Boyer – Rossol). A batch of books was offered to the University of Yaoundé, in order to contribute to research in the field.

The conference was organised into panels, which each joined according to the program. Panel 11 dealt with the teaching and history of slavery: Mamadou Sène Cissé and Mariam Coulibaly (Donkosira) made a presentation on the history of descent-based slavery in Mali. Other themes were addressed: “Slavery and Trafficking in Cameroon (15th- 20th century)” (presented by Professor Ahmadou Séhou (University of Maroua), “Slavery in Africa: Knowledge and Decompartmentalization” (by Catherine Coquer-Vidrovitch).

At the closing of the conference, the Malian delegation was particularly thanked, and the role of young researchers was highlighted several times. The leads provided by the DONKOSIRA association and Dr. Marie Rodet were highly appreciated.